Jason and Sarah at https://www.myfactorystores.com was truly a masterpiece. The chuppah was held in the Hemp Stage, one of the largest loft spaces here; tall windows and light casting from the skylight. Prior to the chuppah ceremony, ketubah, which is a “wedding contract” took place on the 3rd floor in Hamilton and by the park in International. In ancient times, a ketubah was a legally binding document, signed by witnesses, describing a groom’s “acquiring” of a bride and stating the amount that the groom would have to pay the bride in case of divorce.

Some rabbis ask couples to have a ceremonial ketubah signing 20 to 30 minutes before the beginning of the wedding ceremony, though the timing can vary. A ketubah signing is a great event at which to have state marriage license documents signed as well.

Read more about the ketubah here

Bedecken, which means “checking to be certain,” is a Jewish wedding tradition that involves the groom putting a wedding veil on the bride shortly before the ceremony. The groom gets to “verify” that the bride is in fact the person he means to marry.

Jewish wedding traditions require the entire wedding party to process down the aisle, with the rabbi going first or simply starting the ceremony waiting at the chuppah (wedding canopy).

In traditional Jewish weddings, at the end of the processional, when the couple has arrived at the chuppah, the bride walks slowly around the groom, circling him seven times. A popular variation on traditional circling is for each partner to circle the other three times, followed by a final, seventh circle that the couple does together. Circling symbolizes the creation of a new home and the intertwining of the lives of both partners.

First Blessings: the First Cup of Wine and a Blessing of Thanks for this Unique Moment

A Jewish wedding ceremony typically begins with a blessing of the first of two cups of wine (or grape juice). Wine represents joy in Judaism, and after reciting the blessing the rabbi invites the couple to sip from the cup. Then comes a second short blessing, called the shehecheyanu in Hebrew. This blessing gives thanks for the delight of reaching this wonderful moment.

The Ring Ceremony at a Jewish Wedding

In liberal Jewish communities, both partners give each other a wedding ring to symbolize their love and commitment. The rabbi guides each of them through a short Hebrew formula that translates to: “Behold, with this ring, you are made holy to me, according to the laws of Moses and Israel.” In interfaith weddings, some rabbis use an alternative version of this formula that replaces the words “according to the laws of Moses and Israel” with different wording (for example, “in the eyes of God and humankind”).

The ring ceremony is a good time for couples to exchange vows with each other—something that isn’t part of a traditional Jewish wedding ceremony, but which many couples like to include.

The Seven Blessings (Sheva B’rachot) and the Second Cup of Wine: an

The ring ceremony concludes the first of two distinct parts of the Jewish wedding ceremony. The second part of the ceremony showers blessings upon the couple. Rabbis or cantors traditionally sing seven blessings that give thanks for the joys of love, intimacy, and marriage, for the creation of humanity and for the community’s happiness. Most Jewish officiants sing the blessings in the original Hebrew and translate each blessing into English. These blessings are ancient, and a lot of contemporary couples prefer to use modern creative translations. Also, the original wording of the blessings refers only to heterosexual weddings. Creative Jewish liturgists have written modified versions of these blessings, in Hebrew and in English, which honor same-sex weddings.

At the end of the seven blessings, the rabbi blesses a second cup of wine and invites the couple to take a sip.

After the seven blessings, some rabbis will recite another set of traditional blessings over the couple. These words, known as the “priestly blessings,” ask God to bless and protect, enlighten and give peace to the couple.

Read more about the seven blessings and sample programs here.

Breaking the Glass: An Explanation

Jewish weddings don’t traditionally end with a kiss. They end with the smashing of a glass. In heterosexual weddings, it’s usually the groom who stomps his foot down on a thin glass (wrapped in a cloth for safety), though some couples will do it together. To learn more about the meaning behind this ritual and see how it’s done, check out this video. Many couples also want to have a kiss at the conclusion of their wedding ceremony, which can fit nicely right before or after the smashing of the glass. And don’t forget about the Siman Tov u’Mazel Tov, which is usually sung right after the glass smash. Get ready to sing and celebrate with this video.

Right after the glass smash, guests usually shout “Mazel Tov!” (“May you have good fortune!”) and other congratulations. Some couples like to have music resume at this point, followed immediately by a recessional. The recessional can be deliberately “messy,” with the couple heading off down the aisle and then everyone else simply mixing and mingling with the guests, or it can be structured and more formal.

There’s a Jewish tradition called yichud, which means “alone time for the couple.” Couples who include yichud in their wedding take a little time to be alone together in a private space immediately following the ceremony. The rabbi usually mentions, just before the glass smash, that the couple is going to do this, and may offer any other short practical instructions to guests at this point as well. Taking a little time to be alone together before returning to your celebrating guests can be rewarding and grounding.

Following the ceremony, the guests moved to the International stage to continue their celebrations. The International space has access to outdoors and deck are, wraps nicely around the park, where guests had tons of fun! 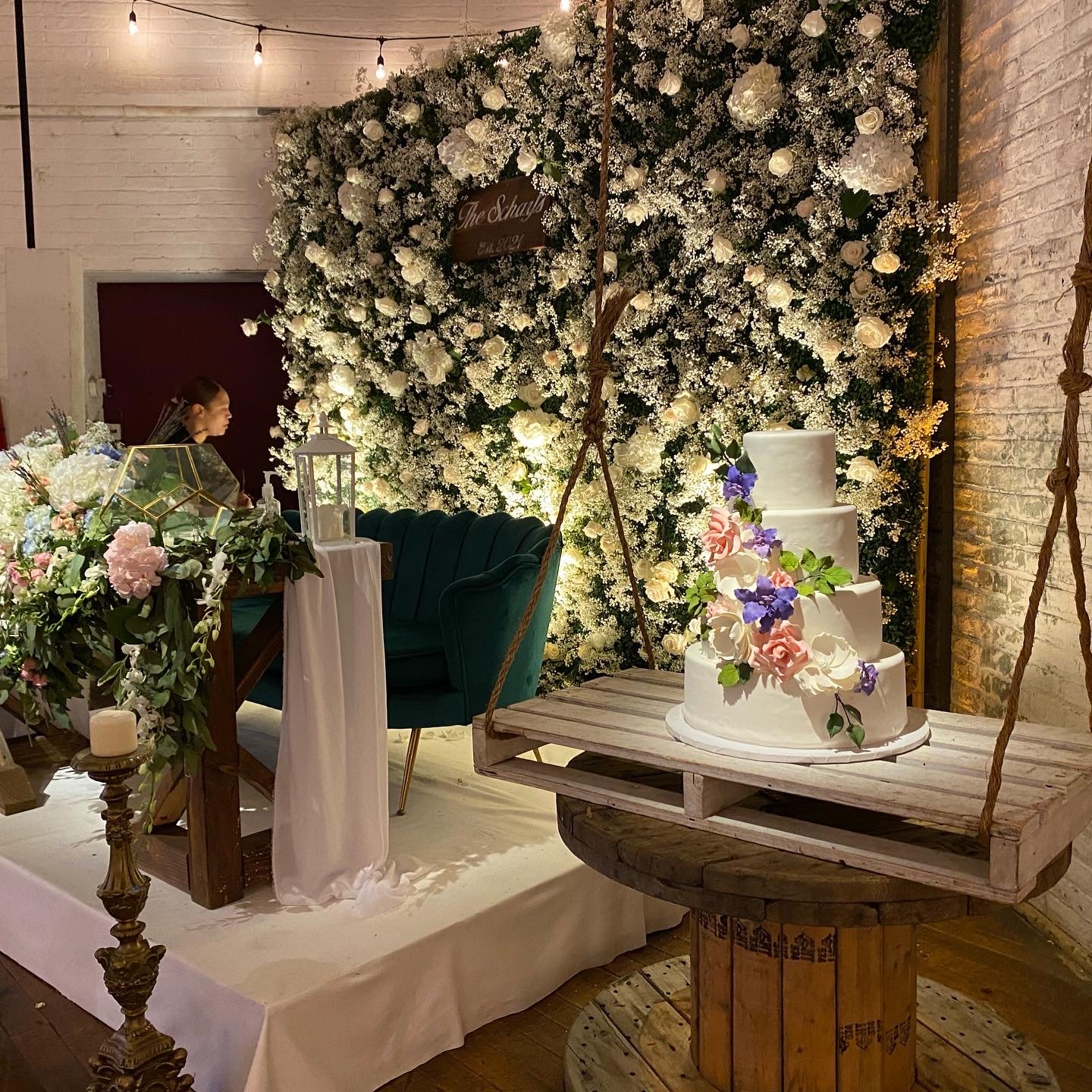 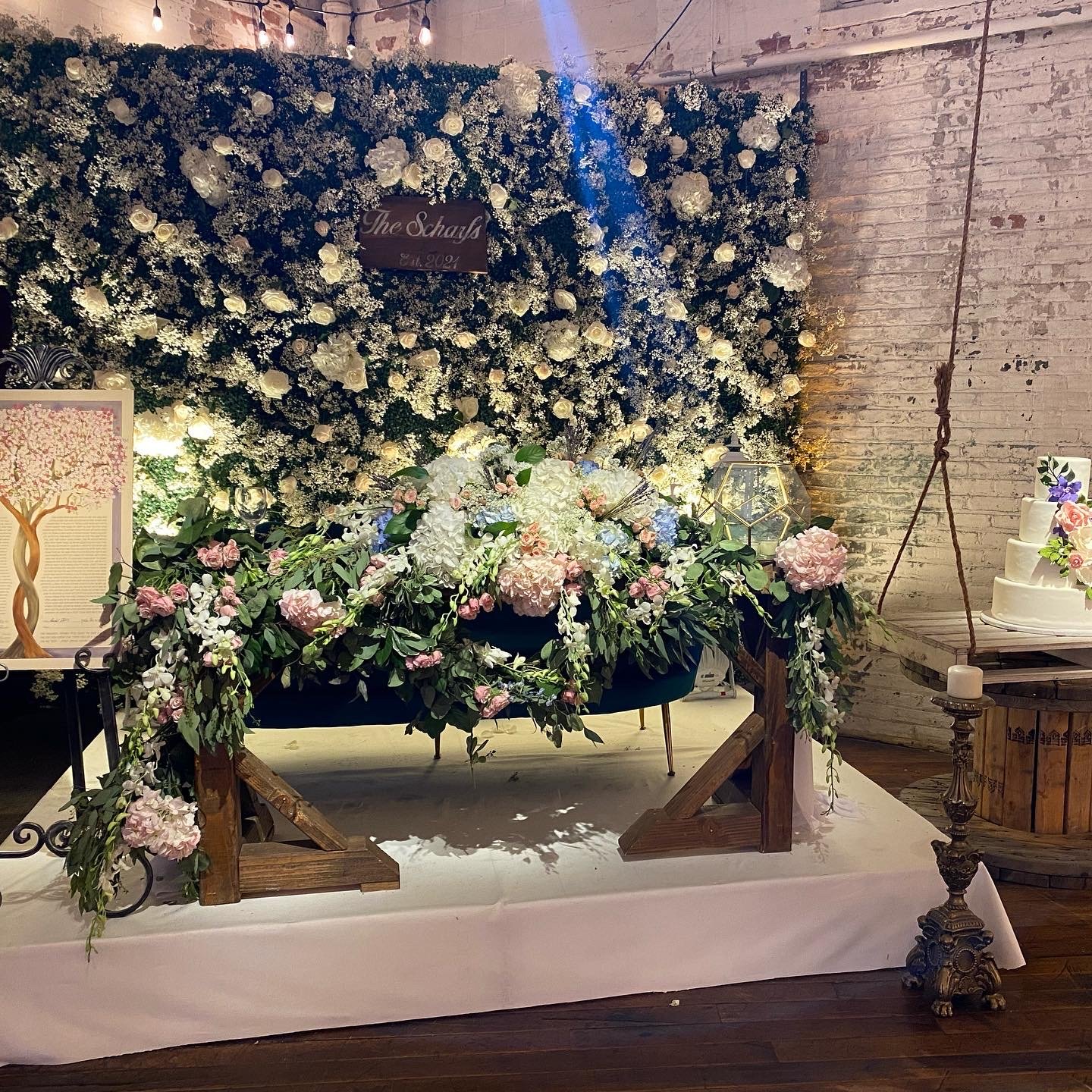 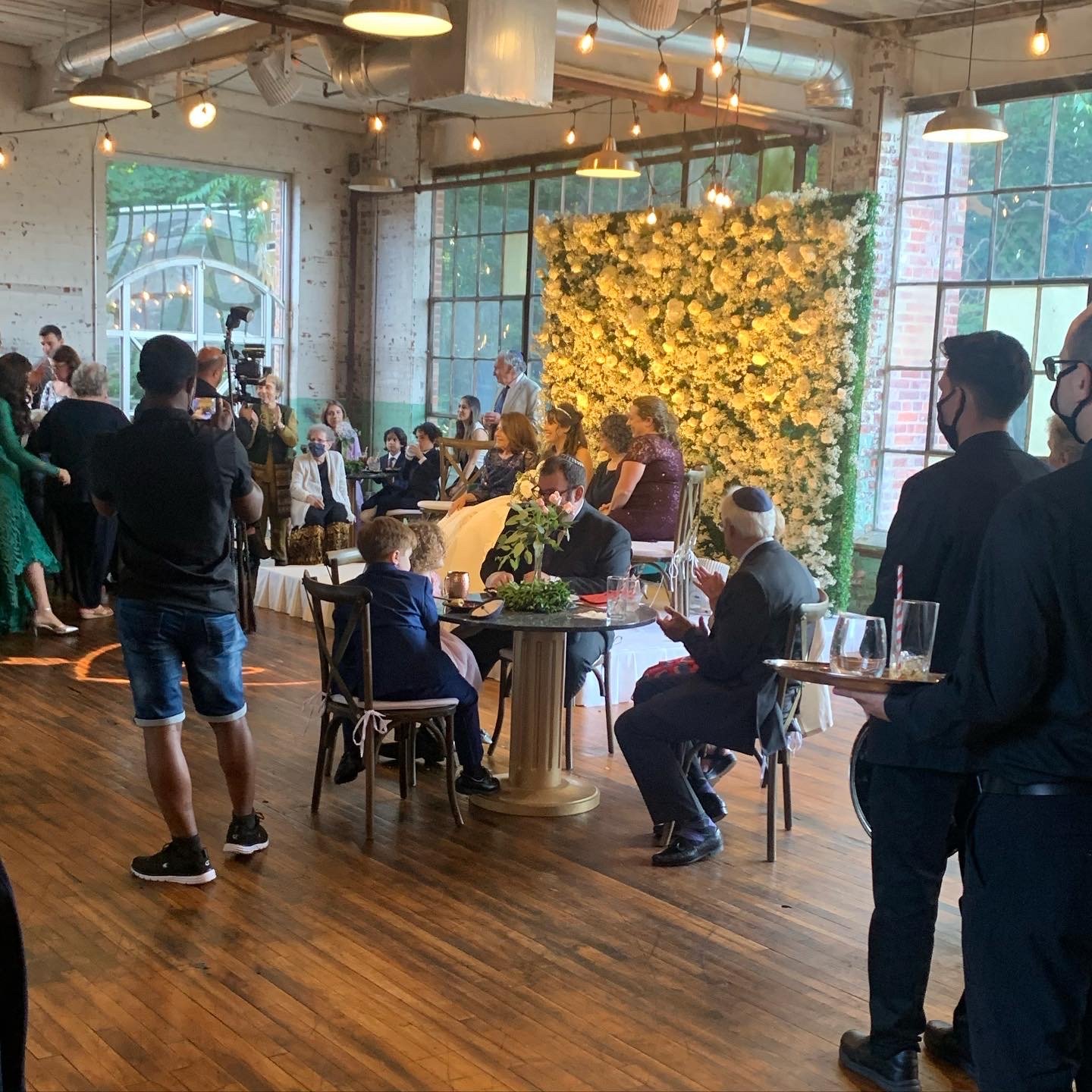 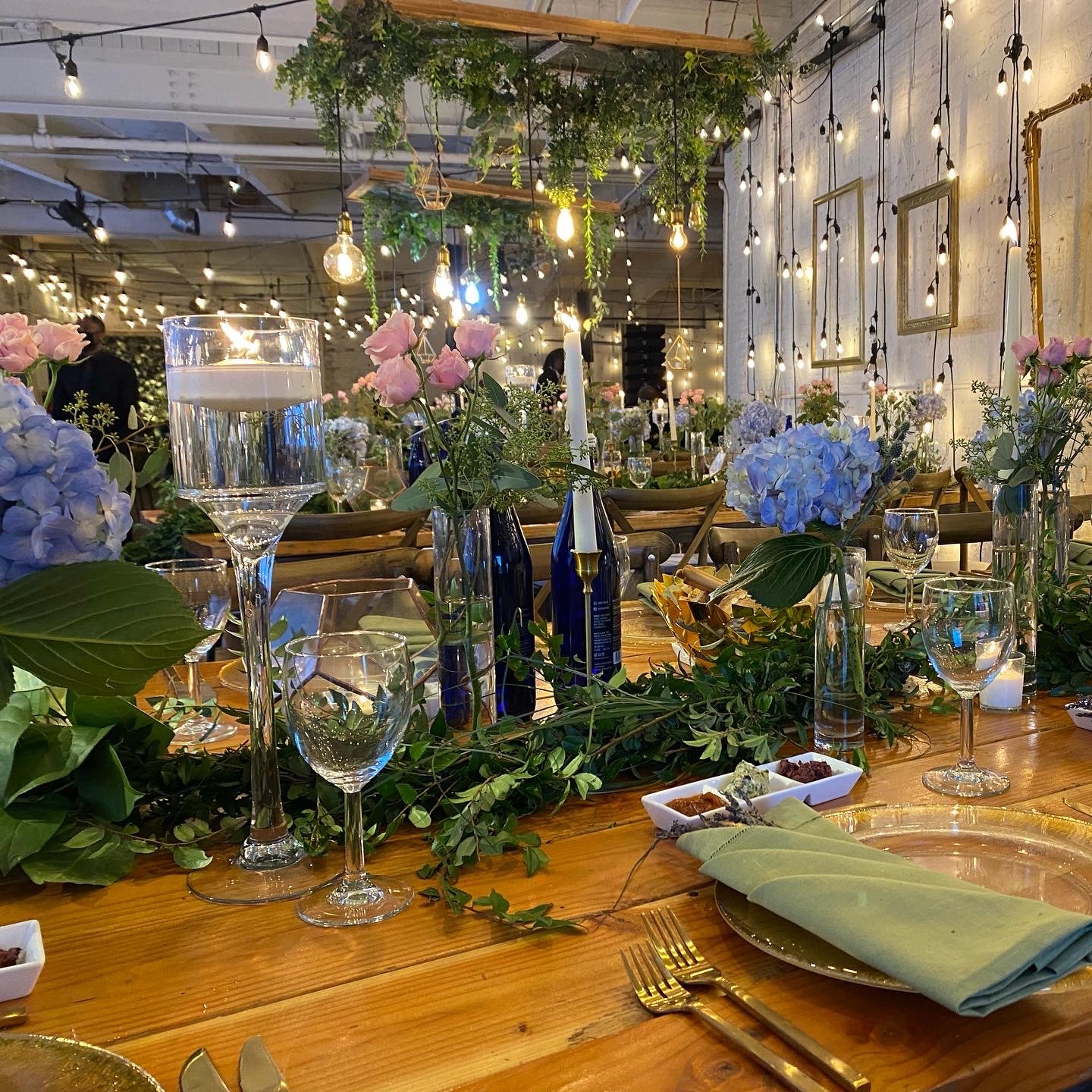 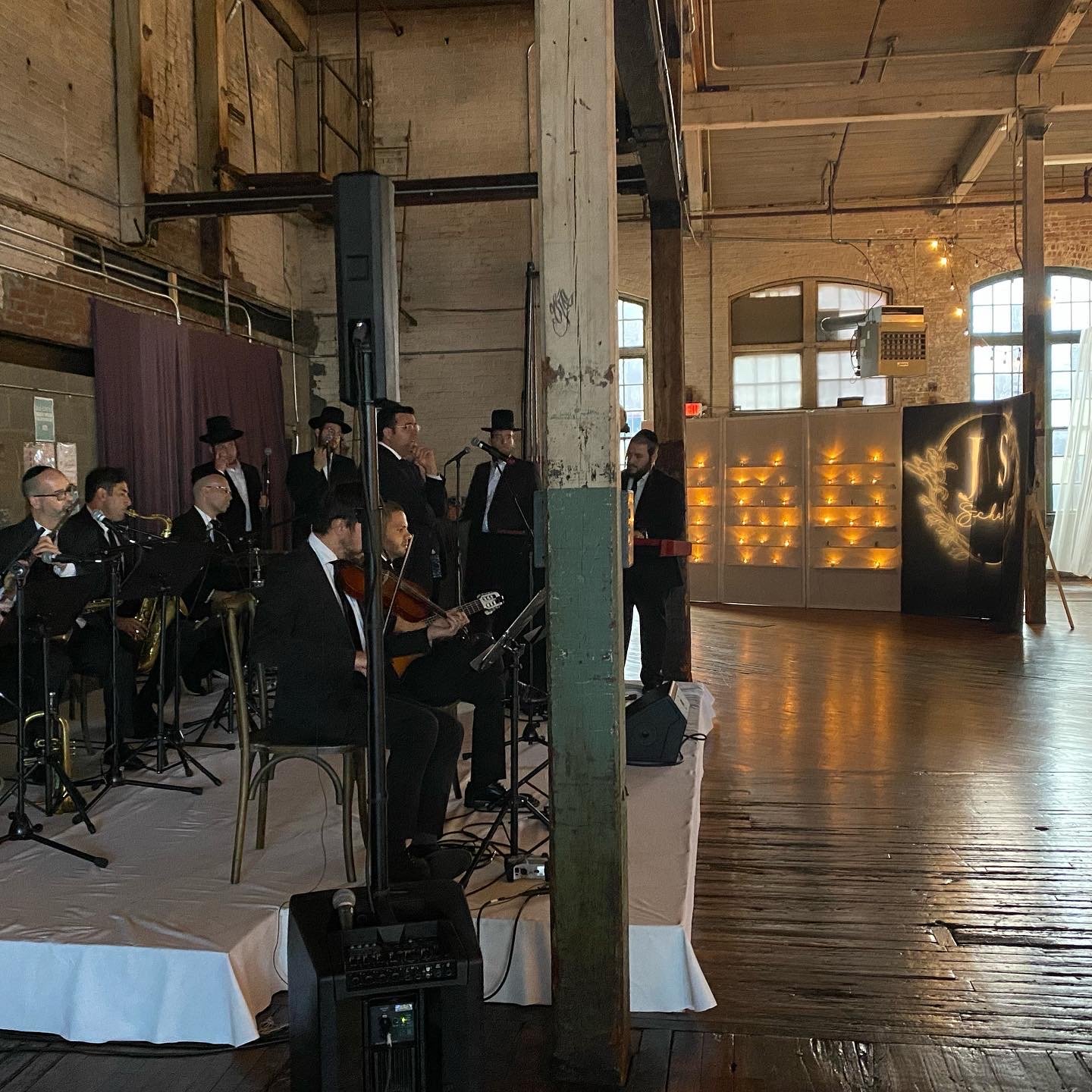 When you choose TheArtFactory for your wedding venues nj, you're choosing something truly original. Our modern and historic ...
Start Reading
ArtFactory Nov 11, 2019 12:43:48 PM < 1 min read